IS IT POSSIBLE TO MINE BITCOIN ON MY PC?

So you’ve heard of Bitcoin – the most popular cryptocurrency, and you’re ready to get your hands on some digital wealth. You can buy and trade for bitcoins, or you can “mine” for them. Mining for bitcoins is actually the process of verifying other bitcoin transactions, which users are rewarded for. This is the central mechanic behind the bitcoin economy, and mining is used to keep transactions secure and reliable.

Now many folks wish they were around back in the early days of Bitcoin when it was possible to mine thousands of coins on your crappy old home computer. Today it is impossible to mine Bitcoin on a normal computer, no matter how good it is. Today you need an ASIC – a machine specially designed and built just for mining Bitcoin. And it is REALLY costly! Even after forking out thousands of dollars on one of those, it is notoriously difficult to even break even. Without one it is pointless even trying on your own.

So the fast answer is – NO, it’s not possible to mine Bitcoin on your home PC.

But that doesn’t mean that you can’t get involved with cryptocurrency mining using your home computer. It is still possible, and always will be, simply because it is something that people want.

The idea of a network’s users maintaining the network themselves and being rewarded for it is the ultimate ideal of decentralized finance which is represented by different cryptocurrencies. There is also another way, which isn’t quite mining in its original sense, that you can let your contribute towards running a cryptocurrency network and get financially rewarded, which we will briefly explain in this article.

There are three ways to mine cryptocoins – CPU mining, GPU mining, and ASIC mining.

CPU mining uses the regular processor which all computers have. GPU mining uses the graphical processing units of powerful gaming computers. ASICs, as already explained, are specialized machines built specifically for the task of mining bitcoins and are getting too expensive ($1,500-$5,000).

If you have a gaming computer or other reasonably high-end machine which comes with a GPU then you should definitely look into GPU mining as it will make you much more than other options.  There are a wide range of different coins that are good for GPU mining, and the best one (most profitable one) will change over time.

So the proper answer to the article’s question is – YES, it is possible to generate cryptocoins with your normal home computer, but not by doing ‘mining’ in its original sense. It’s by doing cryptocurrency network support by sharing your computer’s processing power together with many other users to do those complex calculations to maintain the network.

Computta is designed to do just that! Register and download the Smart Miner Software to run on your computer and you will immediately see how much you can generate from it.

FACT #3:Average member with 50 personal referrals will generate a referral network of 2960 sub-referrals!

So What Exactly Is COMPUTTA?

Computta is a first of a kind service and application created by cryptocurrency professionals to enable anyone and everyone’s computer to make digital money for their owners on autopilot.

This means that ANYONE with a computer can register, download our super-simple smart mining app and start generating cryptocurrency on their computers – all within 5 minutes flat. 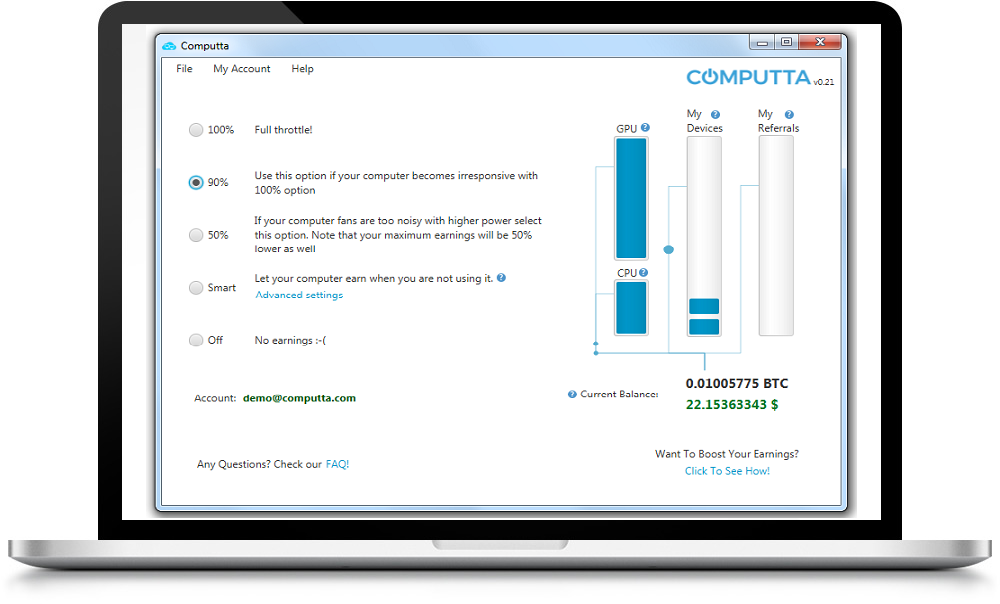 Computta Smart Miner Application Is So Simple and Intuitive, Even a 5 Year Old Can Install and Use It!

Computta Smart Miner Is A Free 2-Click Setup Simple App That Silently Works In The Background, Using As Many or As Few Computer Resources As You Choose To Generate Cryptocurrency. You Can Install It On As Many Computers As You Own To Multiply Your Passive Earnings!

Now Check Out What It Can Do For You!

Remember, it works in the background on complete autopilot, you do not need to ever touch it! 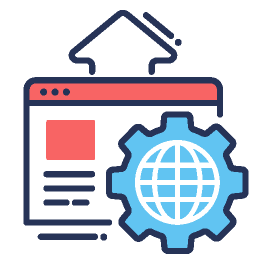 Install and Setup will only take 2 minutes and you don’t have to touch any additional settings to run it. Computta Smart Miner runs securely in the background on your computer making you money when your computer is power on. 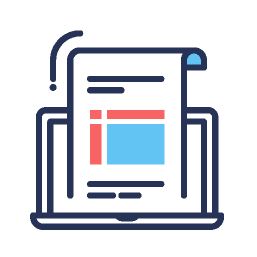 Computta Smart Miner is connected to your Computta.com website account where you can get detailed reports and data based on your application earnings and affiliate promotion activity. You will ccheck stats, request payouts and start affiliate promotions right there. 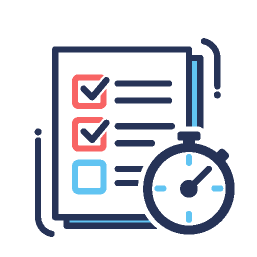 Does Not Affect Working On Your Computer

Computta Smart Miner works invisible in the background and will have settings that will not affect working or even playing on your computer device. There is Smart Mode which turns it on only when you don’t work on your computer. There are Advanced settings so you can easily customize the app right the way you want it. 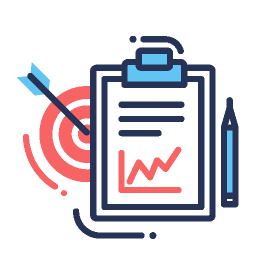 Computta Smart Miner will produce 100% real passive earnings from your computer – as long as it is power on! It will do everything what is needed to support chosen cryptocurrency network and get a money reward – all on its own. 0% human participation needed!

My two gaming computers now generate me upwards of $230 per month. and that’s while I play, eat, sleep… Whooopeee! I just wish Computta has been around earlier when I wasted money on games and upgrades. Now my new video cards just pay for themselves.

Computta is the easiest program to download to your computer and begin mining cryptomoney in less than 5 minutes. When you have questions the helpdesk answers questions quickly and helps you resolve any issues you might have. I recommend Computta to all my friends. Download this program right now to start mining BTC on your home computer.

We Also Have A Unique Affiliate Program
To Increase Your Earnings 50X!

All Computta users are automatically enrolled and can be seriously rewarded! 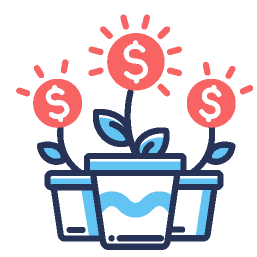 We use a unique 5-Tier Affiliate Program to faster distribute our Computta application and reward users for doing so. All Computta users can participate just by giving away your referral link. Now you can earn commissions from your referrals on 5 Tiers and easily 50X your passive earnings!

If you participate in our Affiliate Program your passive earnings will only increase overtime as your sub-affiliates will generate referrals too. Once you invite your first own direct referrals it is a totally passive process of growing commissions. 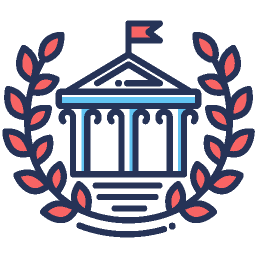 We also use a system of Affiliate Achievements where we reward those who get there with hefty one-time payouts or increased commission structure. All referred users also get a signup bonus right away! So you can just give-away Computta affiliate link and your referrals will get paid just for registering and downloading our  application.

I came across Computta during their beta-testing. After recommendation form a gamer friend I installed their smart Miner app on computers in our office and now and immediately started seeing a difference. Sure a single computer just makes $20-$25 per month. But if you consider over 30 computers – that’s a power you can’t ignore. Now they pay for their own power and buy us office coffee too!

Hey it’s a new gem in the pile of cryptoanarchy, LOL. I mean my 3 workstations together got me over $200 bucks the first month. Not shabby at all… I also started giving away my referral link to my freelancing friends and now I also see a trickle of mBTC as commissions from them. Best part? I do not do anything at all!

At first I thought Computta was a scam website. Well,I was wrong! This is a software program that does just what it says it will do. In just a few hours the Bitties began to flow. All that I can now say is WOW! I will be promoting this website where ever I can. Keep up the good work Computta.

Computta allows me to mine on my pc even when I’m busy with other high end programmes without overpowering my cpu. And if i forget to up the hashpower after a long day computta does it on my behalf. Very convenient app for passive mining. I am very glad to have discovered it!

Computta is so simple to use that anybody can use it in their computer/laptop. The earning passively is quite impressive. Without any major attention, still we can earn good amount of money. Thank you Computta.com for providing such a beautiful opportunity.

I like Computta because it is a good way to earn some extra income for my family, and we sure can use that. It is steady on the rise, and I say, get in while you can.