This article comes from CoinCentral Outside of a substantial pullback in the past 24 hours, cryptocurrency markets experienced considerable gains over the last week.

The cause of growth, however, isn’t certain. Some hypothesize the spike was due to the traditional New York Blockchain Week spike, others put on their make-believe economist hat and argued it was due to the escalating trade war between the United States and China, whereas some credited Facebook’s potential stablecoin.

Bitcoin ETFs on the Horizon?: On Monday, SEC Commissioner Hester Peirce spoke about the current regulatory climate for Bitcoin ETFs, highlighting her dissatisfaction with the SEC’s lack of regulatory frameworks for cryptocurrency. SHe was quoted saying “I thought the time was right a year ago — even longer than that … My first chance to comment on it was a year ago … Certainly, the time is right, but there are still questions floating around the SEC that need to be answered as much as possible by you all.” There are currently three ETFs at the top of the food chain:

Amazon’s Crypto Patent Spurs Whispers of Integration: Amazon recently filed a patent that has to do with cryptographic proof-of-work, and some of the crypto community is riled up in what might be too preliminary excitement. Although many people are hoping (*praying*) Amazon will integrate Bitcoin for its over 100 million shoppers, the patent seems to focus on mitigating malicious denial-of-service attacks using some sort of proof-of-stake mechanism to disincentivize the attack.

Coinbase CEO Waxes Optimism on Institutional Crypto Investing: Brian Armstrong, CEO of Coinbase, stated his beliefs that investments in the cryptocurrency space will grow due to a surge of institutional. He utilized the example of how his company Coinbase Custody was able to gather $1 billion in assets under management in twelve months since its launch. As for the top of the digital asset lists? Armstrong points to BTC.

Upgrading Ethereum: ETH 2.0 and the Quest for Scaleability: It is no secret that Ethereum’s roadmap has suffered many setbacks over the years, in no small part because of the extent of the innovation required. However, 2019 certainly looks like the beginning of Ethereum 2.0 and the start of a truly decentralized world computer.

How Blockchain Voting Works & Why We Need It: Digital voting has been a difficult challenge because it’s tough to verify that each ballot is valid while also keeping them anonymous. Blockchain voting could change that with its cryptography.

Same Song, Same Bet: In a classic Bitcoin maximalist versus ETH skirmish, Jimmy Song and Ethereum Co-founder Joe Lubin reiterated a bet from Consensus 2018 where Lubin said he would pay Song “any amount of bitcoin” that Ethereum’s dapps would have a substantial amount of users in five years. 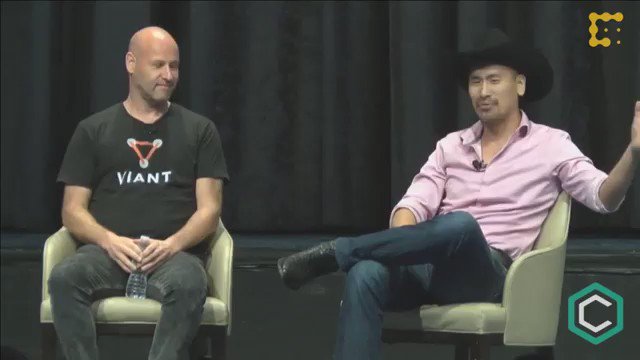 As Consensus/MCC and other events near, I want to remind everyone of what happened last year. It’s been almost a year and @ethereumJoseph is still squelching on this bet that he proposed in public and on stage. Joe, your ego is writing checks your body can’t cash.

Yang Gang Gives the Crypto Crowd What It Wants to Hear: 2020 Presidential hopeful Andrew Yang commented that he envisions a future with blockchain. In line with his progressive pro-universal basic income stance and futurist undertones, Yang said, “I believe that blockchain needs to be a big part of our future. If I’m in the White House, oh boy are we going to have some fun in terms of the cryptocurrency community.” In April, Yang published a national framework for digital asset regulation, advocating for more clarity. Wouldn’t that be nice?

This article comes from CoinCentral