Even the relative newcomers got some significant action this week, with Binance Coin up 36%, Chainlink up 47%, BitTorrent 51%, Holo 47%, and Aurora 156% (which seems to be going through a pump and dump at the time of writing.)

Cryptocurrency News for the Week

Galaxy Digital Sells Off Stake in Block.one: Galaxy Digital, a crypto merchant bank looking to be a “bridge between the crypto and the institutional worlds” founded by former hedge fund manager Michael Novogratz, sold its shares in Block.one for $71.2 million, claiming it made a 123 percent return on its realizing investment. Novogratz stated the reasons for selling their share was to “maintain an appropriate level of diversification after the position increased due to its substantial outperformance relative to the remainder of the portfolio.” According to a Bloomberg report, Block.one values itself around $2.3 billion (up 66x from its 2017 seed funding round), base on Block.one’s buyback program for 10 percent of its shares.

Facebook to Launch “Globalcoin” by the End of 2019: According to the BBC, Facebook plans to roll out a digital payments system in “about a dozen” countries by Q1 2020, with intentions to publicly outline plans further over the summer. Why crypto? Facebook wants to break down financial barriers for its billions of users across Facebook, WhatsApp, and Instagram, and a global cryptocurrency will help them reduce consumer costs of sending money. The coin is rumored as a “Bitcoin killer.”

Binance to Roll Out Margin Trading: A bit late to the party in joining exchanges like  Kraken, GDAX, OKCoin, Poloniex, and Huobi, Binance confirmed that its users will be able to margin trade “soon”. Margin trading, or the borrowing of funds from a broker to trade financial assets, requires users have a minimum margin which will act as collateral. Binance launching margin trading will likely increase trade volumes from both institutional and retail investors. 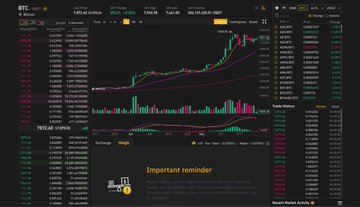 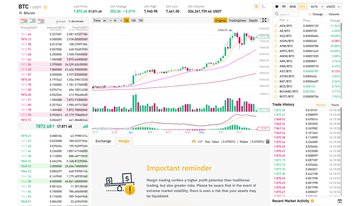 Blockchain Utilities Will Transform the Energy and Water Markets: More countries than ever before are looking to renewable energy, and ways of reducing dependence on finite resources such as oil. At the same time, the planet is undergoing a global water crisis, with the risk of demand outstripping supply over the next few decades. Are blockchain utilities the answer?

Blockchain in the Public Sector: Where’s the Impact?: Governments are beginning to not only test out the capabilities of blockchain technology but also use this technology for improving governance in the real world. Here are a few examples of current applications for blockchain in the public sector.

Binance CZ Announces BNB Giveaway After Bitcoin Heist, Money Laundering Nightmares Persist: The recent unprecedented Binance hack that led to over 7,000 bitcoins being stolen sent shockwaves across the cryptosphere and besmirched the crypto exchange’s almost impeccable security record. And now CEO Changpeng Zhao, also known as CZ has announced a $1.2 million giveaway in Binance Coin (BNB) as a “thank you” gift to the company’s customers for being supportive during these trying times.

NEO Pump Fakes and Freaks People Out: “Whale watchers” suddenly spotted 29,461,168 NEO, worth about $326 million, leave a NEO wallet and rang alarms of confusion. The amount transferred is about half of NEO’s total market cap, so naturally people were a bit freaked out. All the confusion was short-lived, as the amount quickly went back to its original wallet and NEO rectified the situation and said the transfer was routine and planned. NEO unlocked 5.5M NEO, and sent the remaining 29.4M NEO to a change address before being transferred back to the locked address.

Notice: #NEO Foundation unlocks 5,530,000 $NEO as planned. These funds are used to build the NEO ecosystem and support the growth of the community. #EcoBoost #DEVcommunity

You can find the notice in detail via the link below,https://neo.org/blog/details/4146 …

As was outlined in the NEO White Paper, the NEO Foundation (NF) manages 50% of the total NEO supply, which is 50,000,000 NEO. These funds are used for

Busted! Europol Shuts Down $200 Million Crypto Tumblr Bestmixer: The Dutch Fiscal Information and Investigation Service (FIOD) seized six servers of Bestmixer.io, one of the three largest crypto mixing services, claiming a large number of mixed coins on the service came from criminal activities such as illegal financing or money laundering. A cryptocurrency mixer, or tumblr, is a tool that claims to transform non-private coin transactions such as bitcoin into private ones by mixing crypto funds together, making it difficult to trace the original source of each transaction. Since its launch in May 2018, Bestmixer.io had a reported turnover of at least $200 million.

9 thoughts on “This Week in Cryptocurrency:”